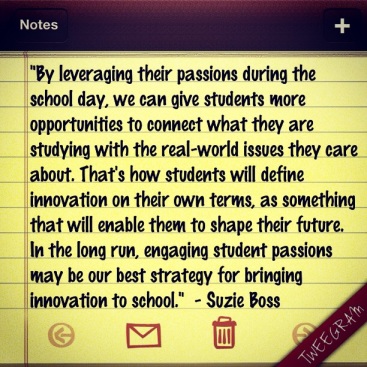 Discussions started with staff members who embraced the idea, then we began to advertise to students. I have to say that as much as we tried to explain what Innovation Week was (though not really being too sure ourselves), I’m not certain students actually understood what they were signing up for or what they were missing. Some took their application, filled it out as best as they could, while others opted out and decided to wait and see what Innovation Week would look like.

We had a total of 75 students from Grade 3-7 participate. I was neither surprised or disappointed by that number as I didn’t really know how the event would evolve. What I do know is that since there were not enough students participating to collapse other classes to thereby free up teachers, I was alone with the group much of the time. Special thanks for our EA staff who came in to assist and to the many teachers who stopped in to look and ask questions, all on their free time. I even had a teacher who retired last year, Liane Jagger, come and assist for three days. What a great help!

So how was learning improved? Over the course of the week, students:

Most impressive to me was the curiosity of students who chose not to participate in our initial Innovation Week. These students were often out in the hallway, peering inquisitively at the work begin done inside the gym, asking to come in and see what was happening. But most rewarding to me was the response I received when I asked the group involved in Innovation Week, “Would you participate again?” They emphatically said, “YES!”

As an aside, other innovative ideas that were popping up around the school while Innovation Week took place in the gym.  In Ashley Henderson and Matt White’s classes, students participated in Learn a New Skill week and, like the students participating in Innovation Week, were initially taken aback when given the opportunity to make their own decisions about their learning, but later embraced the freedom of the experience. Skills students decided to focus on included:  juggling, learning card, magic and coin tricks, stop motion animation, duct tape purses, and optical illusions. While in Francoise Rempel and Hugh McDonald‘s classes, students spent time everyday working to create Rube-Goldberg Machines.  I had the chance to visit on the last day and were students ever challenged and engaged!

2013 ended in a very positive way at our school and I look forward to working with our wonderful staff  and community to further explore ways to innovate in order to further engage our learners and bring genuine enthusiasm to the work they do.

What innovative ideas are swirling around in your head?  Are you ready to share them and put them into action?

To Ban or Not to Ban … them

Why bother with a Maker Faire?

Silly rabbit…Core competencies are for everyone!

Winning Back Our Students

Where Is The Learning?

The Power of Relationships

There was an error retrieving images from Instagram. An attempt will be remade in a few minutes.